Westerville South High School, Westerville, Ohio
(Parody of All I Do Is Win by DJ Khaled)
(Chorus)
All I do is solve solve solve no matter what
Got systems on my mind, I can never get enough
And every time I step up in the classroom
All my students' hands go up!
And they stay there
And they say yeah
And they stay there
Up down, up down, up down
Cause all I do is solve solve solve
And if you solving it put your hands in the air make em stay there!
(Mr. Schultz - GRAPHING)
It's Schultz going in on the verse
Cause I'm solving this system and I won't stop now
Get your heads up, eyes on the screen cause I got three ways to get the problem locked down
It never went no where
But they saying math is back
Sometimes equations are easy
That's when I like to graph
And I'm on this systems track, so I spit my graphing flow
The lines slant up or down, like lines with slope should go
So graph your first line, now graph the other one too
The intersection is your answer, that's all you've got to do
Sometimes lines are the same
That's infinite solutions
Sometimes they never touch, no common points producing
Been solving all the time, at South we represent
Cause all I do, all I, all I, all I do is...
(Chorus)
(Mr. Murphy - ELIMINATION)
It's time for me to roll roll
elimination's here
sometimes graphing is a no no
when the lines don't cross real clear,
so I put down my graph paper
my students wanna eliminate,
they see it, they say oh boy!
Tell Murphy line it up,
On the top and bottom row,
Make coefficients both the same,
Get one plus, the other minus
Those are the rules of this game
Multiply or divide!
That's the only way to get your coefficients right!
These additive inverses wipe out x or y!
Whatever's easier is what you have to decide!
(all we do is solve)
You solve for x (x!)
Now you solve y (y!)
Eliminate with me...cause I'm always solving right
(Chorus)
(Mr. Winner - SUBSTITUTION)
Math in the classroom, variables on the stove
Equations getting heated, systems getting solved
Winner is the teacher, math overload
I've been using substitution since I was 13 years old
Get x or y alone on em
An expression is what you get on em
Lock it up, block it up, that's the way, you chalk it up
Pardon me I'm teaching up, the pressure up, check it bruh
Plug this in with us
Like a cord in a socket
One variable now is all you have
Solve it up, do the math
Find its value, take it back
The other letter is what you have
Time and time again, when I'm solving systems
Dub South says it best, just solve baby solve
(Chorus)

(Parody of Gettin' Jiggy Wit It by Will Smith)
Westerville South High School, Westerville, Ohio
On your mark ready set let's go
trigonometry pro I know you know
I go psycho when I see a triangle
just can't sit
gotta get triggy wit it
uhh that's it
three angles, three sides
T-R-I-G all up in my eye
SOH-CAH-TOA will tell you where to go
you just gotta know about H, A, and O
everybody lookin' at it
glance at the box
the H-Y-P
is sittin' across
theta-theta is after eta-eta
pencil on it
it's for the look I don't mark it
the side you ain't touching is the O-P-P
makin' it triggy, we want you to see
yo, what's that last side ya say?
it's gotta be the A-D-J
Gettin' Triggy Wit It
(Chorus 4x)
na na na na na na na nana
na na na na nana
Gettin' Triggy Wit It
What, you want to solve with the trig?
watch your step you might fall
trying to work this gig
Soh Cah-uh Soh Cah-uh, Soh-Cah, Soh-Cah Toa
in the middle of the problem, don't know which one? unh
You gotta know which angles and sides,
that are missin' and given in the problem, they're the guides
you can come with me, all these problems I've tried!
heard it's hard? well then somebody lied
It's SOH CAH TOA
Helps you to study so ya Know-a,
When to use each one
If you got the O n' H-Y-P
SOH lets you know
sine's the way to go
let's say now you got HYP
and the A-D-J,
then cosine's the way
yes yes y'all
but there's one more
you got the legs, (no hypotenuse)
that makes its tan
Gettin' Triggy Wit It
(Chorus)
Roll with me right now, if you need a side
You gotta know two things
O.K. lets ride!
You need an angle and one of the sides
Issue is, where does x reside?
You see it up high
That's how you know to mul-ti-ply
So easy ya get it on your own the first try
Trig to the maximum, I be askin 'em
How bout the one time when ya gotta use da-vis-ion
Only if X is down below,
The X and the angle will switch, ya' know
Last Case
its angle finding time
so let's get it
Trust that theta is the goal get it alone
Calculators will know, when I say go
Take the inverse of the numbers on the right
Hit equals and show it off
Now you got it
Gettin' Triggy Wit It
(Chorus) 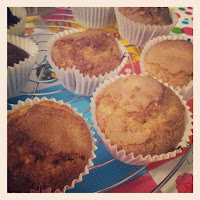 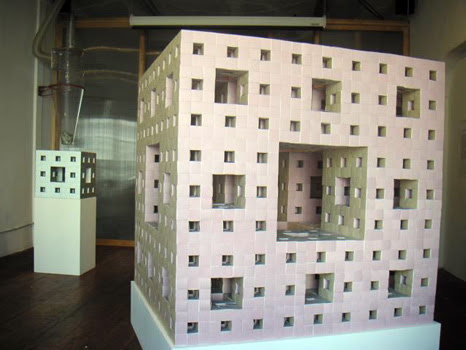